Jenny Waters > Blog > autoimmune > How We Reversed My Autoimmune Diseases 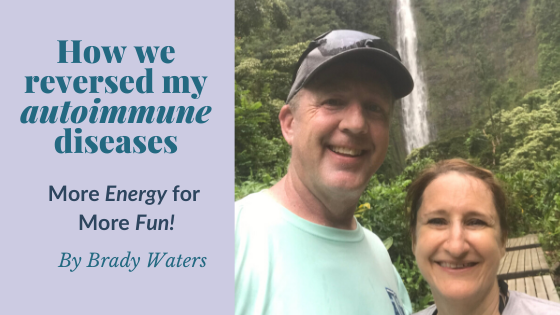 How We Reversed My Autoimmune Diseases

Howdy!  I’m Brady Waters, and I am very fortunate to be Jenny’s husband.  I took on the moniker of “Test Dummy” when Jenny started her coaching gig because I am the original and ongoing tester of all things Jenny Waters Wellness.  With her help, I reversed my autoimmune diseases and get back my energy for life!

Several years ago I was in pretty bad shape.  It’s embarrassing to admit how bad off I was, but it’s important to understand how much Jenny’s coaching can help.  I had been getting worse for a lot of years, but I always chalked it up to being hard on my body back when I was an athlete.  My joints were always hurting (like a 7 on a scale of 1-10), I was gaining weight no matter how much I worked out, and I was always tired.

Eventually the pain worsened (to an 8 or 9) and my weight ballooned up to 268 pounds.  I would wake up in the morning and it would be physically challenging for me to even get out of bed…not necessarily because of my weight…it was the pain that made it so hard.  That’s the most embarrassing part…I was 45 years old and I had trouble getting out of bed in the morning. 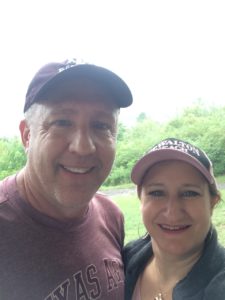 I had a hard time putting on my socks and shoes, tying shoelaces was a challenge, and I would randomly drop things because my thumbs couldn’t hold stuff.  My hands hurt so badly that just shaking hands with people was excruciating.  I just knew that I would be in a wheelchair by 50 and didn’t have very high hopes for life after that.  It was a really rough time for me, but it was also rough for Jenny and our daughters.

Jenny was very supportive and empathetic as I deteriorated…she’s pretty great that way.  It was tough on her, though, as I wasn’t much help around the house or much fun in general.  Every ounce of energy I could muster was used at work and for our daughters’ activities.

After Jenny and my mom suggesting for a while that I see a doctor, I finally gave in.  I scheduled an appointment with a rheumatologist.  My mom had been diagnosed a while back with rheumatoid arthritis, and I had started to show some of the same symptoms in my fingers that she had.

I knew I needed to go, but I had avoided the phone call for a long time.  I don’t know if it was pride or stubbornness or what…I just didn’t want to be told I had some kind of illness I didn’t understand.  The pain and fatness had just gotten to the point where I needed something, so…off to the rheumatologist I went.

The doctor was nice and concluded originally that I have rheumatoid arthritis and psoriatic arthritis.  “Okay, so what do we do?”  I wasn’t mentally or emotionally prepared for what followed.  I was prescribed Plaquenil, a malaria drug, for the psoriatic arthritis, and Methotrexate, a chemotherapy drug, for the rheumatoid arthritis.  The Plaquenil made me dizzy…similar to the heart meds I had been prescribed when I was 39 (whole other story).

The Methotrexate kicked my butt.  I took it and then slept…like all day the following day or two.  When I was awake during the days following the Methotrexate I was a zombie.  No joke…I couldn’t remember much of anything that happened in the day or two after I took it.  On Saturday evening, I would take it, and I don’t remember a Sunday for 2 YEARS!

I started taking the drugs before I looked them up on Doctor Google, and when I finally did look up the side effects I saw that Methotrexate can cause a LOT of bad stuff (death…that was listed as a side effect) and Plaquenil can screw up your vision.  But, hey, the meds did deaden the pain I had been feeling!

So…Zombie Brady wasn’t fun for anybody, either, and Jenny went to work figuring out how we could do things better.  Jenny is strong-willed, independent, determined, and crazy smart.  I love those things about her.  Those can also be super irritating traits when she wants me to do something.  Jenny found the AIP (Autoimmune Protocol) diet, and decided that was exactly what I needed. 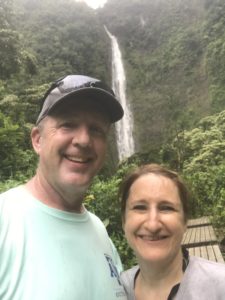 I think I mentioned that I’m stubborn.  Don’t tell me what to do!  Well, Jenny can match my stubbornness, and she seems to take particular joy in telling me what to do.  She started telling me about the AIP diet and all the changes I needed to make…and I didn’t like it.  Duh.  So, I dug my heels in and made my stand.

For almost a year I would tell Jenny I was not going to do some dumb diet…that’s not how these things work.  I just needed to take my zombie medicine that was going to make me blind, enjoy not hurting as much, and be fat (yep…I was still 260+).

Saying that Jenny is strong-willed and determined seems like such a mild use of words.  She also had plans for how we were going to live in our empty nester years, and “big fat zombie Brady” (she didn’t use those words, but I saw them in her eyes) was not going to work for her.  I finally told her that I would do her stupid diet thing for 30 days if she would just stop talking to me about it (I held out a year…I do take a little pride in my stubbornness).

Humble pie.  Ever had it?  I don’t really like the way it tastes because I really prefer to be right.  That didn’t work for me this time.  After the first week following Jenny’s eating plan I felt a little different.  After the second week…well, I didn’t feel like my skin was going to split from my fatness anymore.  The third week I had more energy, and the fourth week I stepped on the scale to see that I had lost almost 30 pounds!  Holy crap!  So…I had to tell Jenny she was right (that’s a different kind of pain) and that I wanted to continue her plan.

We started introducing eliminated foods back one at a time, I stuck to the plan, and within a year I had lost 60 pounds, felt better than I had in at least 10 years, and stopped taking the Methotrexate.  Let me tell you, being 208 pounds feels way better on this 6’2” frame than being 268 pounds.  My knees quit hurting, my ankles quit hurting, and my blood pressure dropped like a lead balloon!  No more big fat zombie Brady!  The Test Dummy was born…

If you’re curious if you have symptoms of inflammation, then take the quiz in my Free Inflammation Guide!